Posted on February 6, 2011 by cookinginsens

I really wanted to make honey mustard chicken wings in honor of the Super Bowl but I could not find chicken wings in the supermarket.  I’ve seen them occasionally; next time I’ll buy and freeze.    I guess wings are a novelty item in France and not as popular as they are in the U.S.   Sort of like camembert for us or, unfortunately, Champagne.

Back in the day on “home-leave”,  my husband, son and I would travel by car from Washington, D.C. to our house in the New York Catskills.  We’d always stop, about an hour from home in Port Jervis at the KFC,  to get a bucket of honey mustard chicken wings. They were fried first, then coated in a honey mustard glaze.   The idea was to take them home to our vacant house, in order to have something for dinner without having to shop and cook.  Without fail, by the time we made it to the house there were, maybe, 2 wings left.  Two years of muscular, semi-aerial, “poulet bicyclette” builds up a powerful craving.   It always worked out though; it gave us a good excuse for ordering in New York Pizza for dinner.

So, anyway, I bought a package of chicken called “fricassee de poulet” that contained 4 thighs, 3 wings and 2 drumsticks.   Different, but okay.  I seasoned the chicken with salt, pepper and garlic powder, dredged it in flour and deep fried it.

Chicken frying is my new skill.   I just learned to do it to my satisfaction about 2 years ago. Before, when I attempted to fry chicken, it was either over or under cooked, greasy and unpalatable.

Chicken fryer extraordinaire, Abdoulaye Taonsa, Burkinabe cook says, “First, use a black skillet, period.   Then heat the oil to smoking on a high flame, add the chicken and let the heat rise again, then lower the flame to medium high.  When the chicken is done,  remove it to a paper towel lined vegetable strainer”.  Thanks Abdoulaye.

Blend and toss with fried chicken to coat.   Preheat the oven to 400 degrees and cook for 10-15 minutes.

Having found this recipe for Japanese potato salad on http://www.justbento.com, I have made it many times; both for bento boxes and for barbecues.   Many people who know me, would be shocked.   Most of my life I have been so narrow-mindedly vocal about what potato salad is, and what it isn’t.   Potato salad had eggs, mustard, onions, potatoes, sweet pickles, pimentos and mayonnaise or it wasn’t potato salad!   Make it like my mom or never mind!

Well, live and learn.   This is good potato salad!

It’s even better if you use the Japanese Kewpie mayonnaise.   Jade had a good time with this.

Boil the carrots and potatoes together until tender.    Cube the potatoes and thinly slice the carrots.   Put in a mixing bowl with the chopped eggs, cucumber, onion and mayonnaise.   Add salt, pepper and mix well. 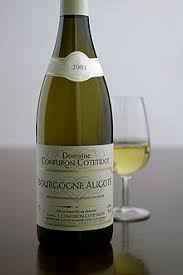